When we talk to people about social media marketing, the overwhelming majority of people only think about Facebook. They think social media equals Facebook. Although that makes sense given the ubiquity and widespread adoption of this social network, it is NOT the only lemonade stand on the block! Social media has proliferated and evolved into many new shapes and forms and there might be some hidden gems waiting for you and your business.

So what is social media?

Since the term “social media” was first introduced into our lexicon in 2004, the rapid changes in technologies and fragmentation into various forms of social media has been beyond belief. This evolution makes defining social media a bit slippery. According to the Merriam-Webster dictionary the definition of social media is “forms of electronic communication through which users create online communities to share information, ideas, personal messages, and other content”. Alright, that makes sense so let’s take a look at all of the different types of social media platforms that fit this definition.

“Grace who is fully certified CIAC, a registered coordinator COPC and Yellow Belt for SIX SIGMA has a significant contribution to the establishment of Call Center in Indonesia.

Through her company, 168Solution, she develops our skills and knowledge on how to run a Call Center, People Management, CRM and Leadership Business Management. Attending her classes helped me to improve our process which led to better performance”. 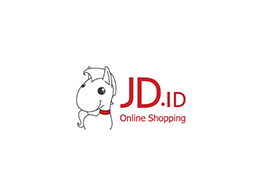